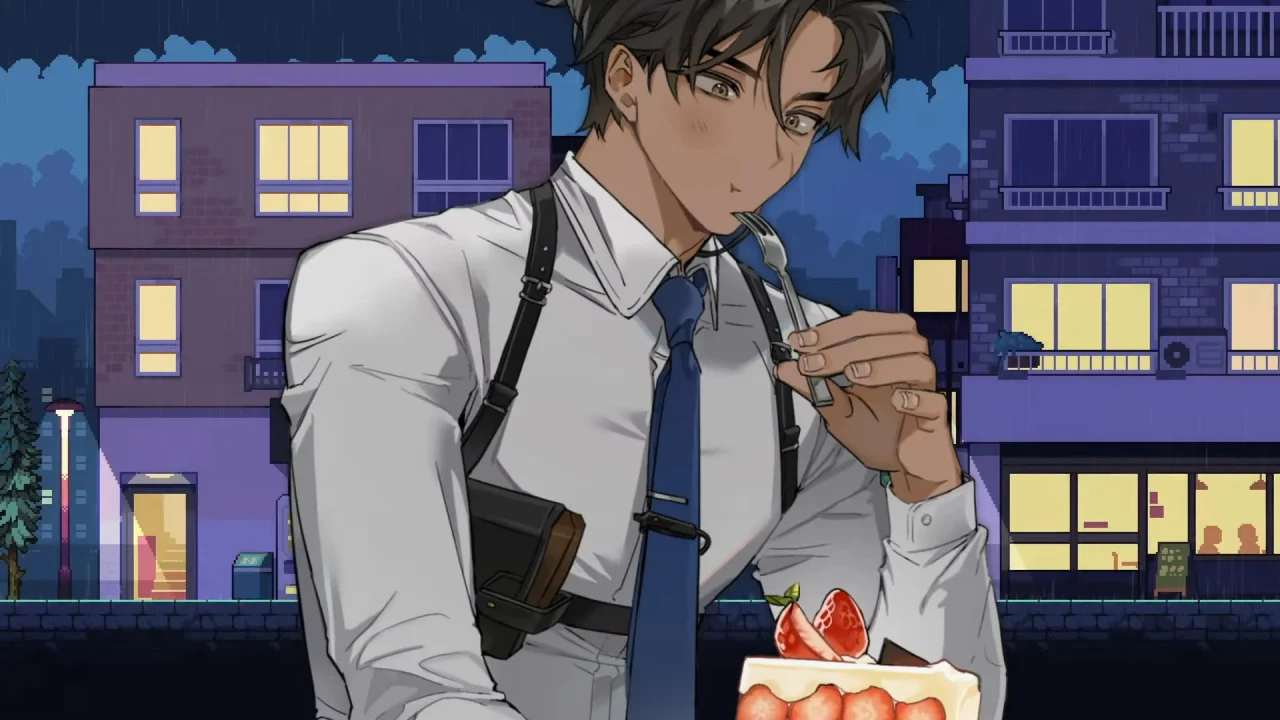 Last year saw numerous indie otome Kickstarter success stories, including The Radiants and Peachleaf Valley: Seeds of Love. Both games were fully funded in less than a day, and Peachleaf Valley in particular exceeded $70,000 in total funding, enough to see the project reach all its stretch goals. 2022 is similarly starting out strong with developer Topping Palette reviving their 2021 project Salty Hounds to resounding success, reaching its funding goal of €10,000 in only seven hours and finishing off with a total backing of a whopping €127,639.

These games are backed not just by dedicated fans, but hard-working and established developers: for both Rose Arcana Games of The Radiants and Great Gretuski Studios of Peachleaf Valley, these Kickstarters aren’t for their first games. But they’re still indie and serve as wonderful examples of the ever-growing potential and success of indie otome games—and the women who make them.

Indie games are free from the constraints of corporate bigwigs, meaning they can feature all sorts of subject matter or target any sort of audience, even those AAA games often overlook. Developer tools are also more accessible than ever before, and platforms to host projects continue to expand endlessly. From Itch.io to Steam, indie games are easier to distribute than ever, and can reach more people, too, making the industry more viable than it’s ever been.

With the right skillset, game developers can go from aspiring to established without needing to try to break into the mainstream industry. This is especially valuable for women who want to get into game development. When you combine the fact that otome is one of the rare video game genres that target women as the primary audience with the ever-increasing number of tools at the amateur game maker’s disposal, you’re left with indie otome games as a fantastic entry point for women who want to make games.

Although otome is hard to define and joseimuke games of various genres have been seeing a recent surge, otome games are usually visual novels. The most interactivity they allow is decision-making at crucial points in the game, similar to the “Choose Your Own Adventure” novel format of old.

Although the lack of interactivity has spawned countless debates over whether they’re really video games or not, that distinction doesn’t stop them from garnering dedicated audiences. Their simplicity also means they’re easy to make. This makes them an ideal choice for aspiring game creators to try their hand at their first game. Such was the case for the creator of the indie otome parody game, Hatoful Boyfriend, which was released in 2011 and maintains widespread appeal to this day.

“Visual novels are easier to create than other games for amateurs,” says Hatoful Boyfriend creator Hato Moa in an interview with Gamers With Jobs. Although they aren’t big on otome—Hato Moa insists their favorite genre is the JRPG—they still got their start in game development with the creation of an otome game precisely because it was a lot easier to make.

Founder of Great Gretuski Studios, Grettel, shares a similar sentiment. “I simply felt [otome games were] the best way for me to start,” she tells me. “I took a hard look at the skillset needed to create an RPG, and knew for a fact that it wasn’t a mountain I could scale where I was at the starting line. So I did some digging around and asked myself, ‘Okay, where can I start, then?’”

The accessibility of visual novel creation certainly plays a role in getting people into indie game development. Not that visual novel development is easy by any means, but getting the game to work at all is simpler precisely due to the simplicity of the visual novel’s “gameplay.”

For the simplest of projects, all you need to know is how to write and draw. “Manga artists have to do both of the story and the artwork by themselves [when making manga],” Moa, who made their own manga before working on Hatoful Boyfriend, explains to Siliconera. “So I believe most of them have a great aptitude for [visual novels] (especially when it comes to a solo indie project!) Actually, there’re some manga artists who [develop visual novels] in their spare time in Japan.”

Although not a manga artist like Moa, Grettel went to film school and was similarly able to make use of her learned skills on Great Gretuski Studios’s first project, Love Spell: Written in the Stars.

“The technical and creative foundation needed to create an otome game really felt like it made use of everything I kind of knew how to do at that point when I first started the studio,” Grettel says.

With visual novels, there’s no need to worry about how to balance enemy levels and design intricate maps. Because visual novels can, mechanically, be boiled down to “a UI with writing and visuals,” free programs, such as Ren’py, can be used to fantastic effect. On the other hand, with so many different factors to account for in more complex games such as RPGs, if you were to use a program such as RPG Maker, you’d still need to delve into advanced programming to make your project stand out from the crowd.

Visual novel creation is therefore automatically more accessible than it is for other genres. You could shell out money for the more advanced Visual Novel Maker, but with a little extra know-how Ren’py can get the job done just as well and is entirely free. And most of the time, players can’t even tell what engine you’ve used to create your game.

But how is this relevant to women specifically?

Women in the games industry

Gaming communities are notorious for teeming in toxicity, especially towards women and other people from marginalized groups. It should come as no surprise, then, that the games industry just isn’t a good place for women to work for the most part. From the 2018 allegations of Riot Games‘s sexist work culture to the seemingly endless allegations of atrocious misconduct at Activision-Blizzard, it’s clear that the toxic behavior women face in gaming spaces both online and in person seeps into the professional gaming industry.

And as heartbreaking, indefensible, and morally foul as it is, it just makes sense: people who like games will be the ones most likely to want to pursue a career in the games industry. And the tech industry as a whole already faces deeply-rooted work culture issues that naturally carry over into game development. This leads to horrendously toxic and frankly unsafe workplace environments for many women, to say nothing of how it can be compounded when part of another marginalized group.

With so many different factors contributing to so many deep-seated problems, it’s no wonder so few women work in game development—and it’s left many aspiring girls and women without role models to see what’s possible for them.

“I am a woman who grew up loving video games her whole life, but when I was young, I had never once heard of a story of a female game [developer] or director,” Grettel explains. “Perhaps that was also partly due to [my] own naivety, but I know for a fact if I had, or if the idea ever dawned on me that there were girls making games, it would’ve had a very big impact on my life, very early on.”

It’s hardly a matter of naivety, however, as imposter syndrome is very real and especially affects women who want to get into any area of the gaming industry. It’s not easy to know the opportunities exist when there are so few examples showing that opportunity existing. This is where indie game development has a slight edge for women compared to the AAA industry: you’re far less likely to encounter a toxic work culture filled with gender discrimination or even outright harassment if you can make games with a smaller or all-female team, or even by yourself.

“I do think indie game development offers women more opportunities,” says Grettel, whose studio is run exclusively by women. “When you look around the indie game scene now, you see so many amazing teams that are led by women who are creating these astounding, incredible titles in such a beautiful way. It’s really inspirational. But I don’t think you can see that in mainline AAA game development. Not yet.”

And when you combine that with the accessibility of creating visual novels, otome games emerge as a result. While some dedicated trolls may seek out otome gaming spaces to leave annoying comments, they’re very few and far-between compared to the more “traditional” online gaming space. This makes them inherently safer and far more welcoming for women and many other people.

The indie community also welcomes newcomers to game development through frequent “game jams.” Originally, a game jam was a weekend-long event during which an individual or team would aim to create a finished video game entirely from scratch. But Itch.io, a platform for indie game developers to host their games, helped drastically change the game jam landscape.

Itch.io also allows developers—or individuals—to host their own game jams, and with such freedom comes a lot of variety. The game jams on Itch.io can run for much longer than just a weekend—sometimes they run for multiple months at a time—and in some cases the individual or development group participating is allowed to continue work on a past project rather than being required to start from square one, offering plenty of accessibility.

There have been game jams dedicated to otome games for a few years now, and last year’s saw an eruption of hard work and creativity. During the two-month period, the jam’s associated Twitter hashtag, #OtomeJam, was filled with game development-hopefuls sharing their progress and engaging in collaboration with other creatives to bring their otome game vision to life. Artists, writers, UI designers, musicians, and even voice actors all got involved, dipping their toes into game development in a space that is welcoming and diverse. And with over 140 participants already registered, it’s safe to assume this year’s will be even more successful.

As more and more people get involved in game development through indie otome game creation, perhaps we can see them branch out into other genres as they gain more development experience. And perhaps, as more and more women begin to work in indie and work their way up into mainstream and AAA teams, the normalization of women as video game players and video game creators can help break down some of the barriers that still stand in the way of most women who want to get into game development. In the meantime, however, it’s certainly a great time to enjoy some indie otome games created by passionate and creative women.